Ask with who, what, where, why, when or how 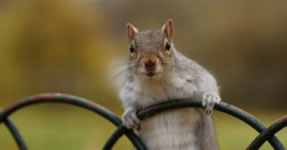 Look at that squirrel!  She's sitting there and staring at us. Maybe she thinks that we will feed her. I've seen her before. She looks ready to have another litter of kits. Perhaps, she is nesting. She has been collecting acorns. She hides them nearby. She even hid some in my garden shoes. Somehow, she finds the acorns again later. I've also seen her eating birdseed from bird feeders. She has managed to survive for several years and has had several litters of kits.

gather (V) – collect, bring things together into a group

litter (N) – group of babies born together, often for dogs and cats

manage (V) – work hard or struggle to do something, achieve a goal

(s)he v. it – small animals are often called it unless the gender is easy to identify

whose — is the genitive (possessive) form of who, and it is followed by a noun

Yes / No Questions vs. Wh- Questions

¹ because occurs at the beginning of a response in shortened informal speech. A full and more formal response would connect the response to a main clause: "She expects us to feed her because neighbors often leave her nuts."

² when is also used used as (1) a connective for a subordinate wh- clause (indirect questions).  I don't know [when she will have her babies.] and (2) a connective preposition for the relative timing of events (same time) . The mother will use up her cache of acorns [when the babies are young.]  See Comparison of Wh- (below).

Modals: will, can, may, might, must, could, would, should

Open interrogative –  a question that begins with a wh- pronoun: who, what, which, where, when, why, how,  how much, what kind, etc. and is not limited to "yes" or "no" (polar) responses. The response can contain more information. (Huddleston 10 §7.1-8)

Closed interrogative – a question that begins with a be, do, have or modal auxiliary verb, and is limited to "yes" or "no" (polar) responses. (Huddleston 10 §6.1-3) 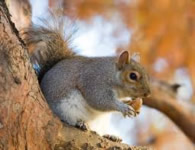 Is it wrong to end a sentence with a preposition?  Ending with a Preposition (Read options and what grammarians have to say on this traditional taboo.)

In linguistics, "fronting" is the moving of elements or phrases to the beginning of the clause.  ("Fronting and Zeroing" Wikipedia) 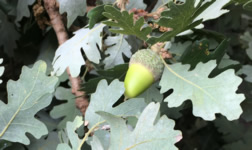 Ask wh- questions with "be" auxiliaries

¹ bury (V) is buried (passive) – put in the ground and covered with soil; buried (Participial Adj) underground, The pirates looked for the buried treasure.

Ask about general or habitual activity 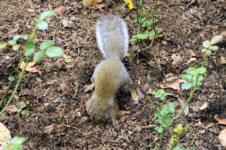 "do" support – For a present tense (nonprogressive) statement, "do" support is used when forming a question. The present auxiliaries are do (does 3rd person singular) and the past auxiliary is did. 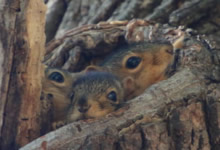 Ask wh- questions with "have" auxiliaries 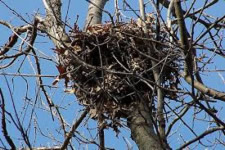 Modals: will, can, may, might, must, could, would, should

Specify a particular one or a quality

¹ The phrase what way is not used.

²A few words do not require "of" in an interrogative phrase. What size (of) shoes do you wear?

³ whose is the genitive or possessive form for who. Note that who's is not used as a possessive form, only as an auxiliary contraction. Who's coming?

litter of kits – the group of baby squirrels born to a mother. The babies are called "kits" or "pups".

how about – is an informal phrase often used to put forward information on a subject.  How about trying something else? How about a cup of tea?

how come? – informal why?

how do you do? – a formal greeting

how is it that…?  – a question asking about the reasoning behind someone's actions.  How is it that we are still trying to solve the same old problem?

Also see Whatever Determiners and Whose Clauses.

Know the differences of interrogative, relative, and connective pronouns

² In this example, when expresses whenever or anytime.

adjunct –  optional modifiers with additional information about the situation such as manner, timing, location, reason, goal, condition, and so on.  See Connective Preposition or Adjunct.

Related page How vs. What — exclamations. 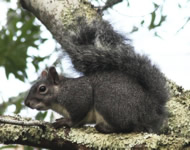 Western gray squirrels make their nests in trees. They only come down to forage for food, usually during the morning or late afternoon. They feed on seeds and nuts such as pine nuts and acorns. They will also eat berries, fungi and insects. They prefer acorns because the nuts are high in oil and carbohydrates, which help them to put on fat for the winter. Squirrels collect and bury acorns and then find them again later using their sense of smell. Those that they don't manage to find grow into new plants or trees.

Squirrel nests are built high in the branches of trees. Nests are made from sticks, leaves and grasses. Nesting mothers will make a covered nests and line them with lichen and tail hair. Nests must be hidden from predators such as coyotes, cougars, bobcats, hawks, owls, and domestic cats and dogs. Squirrels rely on speed, expert climbing skills and camouflage to escape predators. Fur on their stomachs is light-colored like the sky, and fur on their backs and heads is gray-brown like the color of tree bark.

bark (N) – the exterior surface of a tree trunk or limb.

bury (V) – dig a hole and place something underground.

camouflage (N) – having patterns and coloring of surrounding trees, plants and ground.

carbohydrates (N) –a substance that is in foods such as sugar, bread, and potatoes, which provides energy to the body.

forage (V) – search or hunt for food in nature.

lichen (N) – a tiny, gray, green, or yellow plant that spreads over the surface of stones and tree branches.

line (V) – put an interior layer of something to make the inside warmer.

predator (N) – an animal that hunts and kills another animal for food.

skill (N) – an ability to do something well either naturally or through practice.

Complete the question with an interrogative pronoun and auxiliary (if necessary). 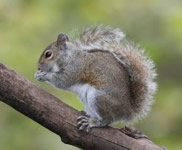 Is the question worded correctly? 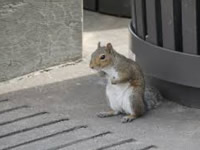 The western gray squirrel was listed as a threatened species in Washington state in 1993 due to urbanization and wild fires. Also, a disease carried by mites caused a large number of squirrels to die. The situation was made worse by the introduction of other species of squirrels into the area of gray squirrels. Due to these threats, wildlife experts have been tracking the movement of gray squirrels out of the suburbs and into mountains.

The western gray squirrel can be saved if open spaces in parks and forests are kept for them. Squirrels help the environment by carrying off seeds and burying them away from the shade of the parent tree. Squirrels bury acorns deep enough in the ground for the acorns to take root. A great number of oak and other trees exist because squirrels buried acorns and were unable to relocate their cache of nuts and seeds.

acorn (N) – seed or nut from an oak tree

cache (N) – a collection of things in storage, often hidden

expert (N) – an experienced, educated person in a particular field or activity

shade (N) – a location where sunlight does not reach

species (N) – a scientific category of animals below sub-genus.

suburb (N) – area outside of a city where neighborhoods are located

Write the question for the statement.