Grammar-Quizzes › Connectors › Connective Prepositions › When vs. While 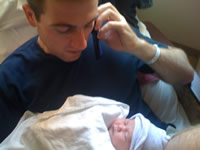 My wife gave birth to our daughter last night. Our little baby girl was napping when I phoned my family. I was staring at her little face while I was holding her. She was sleeping so peacefully.

When I called home, my brother picked up the phone. We were talking while my mother was listening in on our conversation. My brother said that she had tears in her eyes while I was talking about the birth.

¹ conjuction vs. preposition — In linguistic, scientific, and math descriptions, the word conjunction expresses AND, a Boolean term which means the union or overlap of the two fields. X ∧Y. See "And, But…not, Or". Adjunct preposition or connective preposition is the term for a word that joins additional, extra (adjunct) information before or after the clause. See Connective Prepositions.

When and while are "temporal" (timing) prepositions which are complemented (completed) by a time-related clause. (Huddleston, et. al. 700)   When and while, along with several other adverbs, were reanalyzed (2002) as prepositions.  At the same time, the complements that could follow a preposition were widened to include: a noun, noun phrase, gerund, infinitive, clause  and more. See Prepositional Complements.  In effect, we have a clause within a prepositional phrase!  He was holding his baby [PP while [Cls you were talking.]]  Also see While / When -ing "Reducing time-relative clauses"

When has four meanings:

While has four meanings:

Long or short duration may be expressed by the meaning of the verb:

Long or short duration may be expressed by the tense of the verb:

Past v. Past Progressive – Verbs of Short and Long Duration (detail activity, directed toward an end, accomplishment. vs. activity with duration, process)

When / While – Focus Activity

backgrounding (Ger) – a grammatical term for moving something out of central focus  and into a position of less focus (less importance or less interest).

come up with (Phrasal Verb) – think of, put together, call to mind

conceive (V) – begin life (also, to form a notion, an opinion, a purpose, an idea)

interruption (N) – a stop or break in the middle of an activity; a discontinuance; interference with action or speech

tends to be (V Expr.) – is more likely to be; is more expected to be

When—"at the same time" vs. "immediately after"

* not used (not logical) / ~ requires a special context for use

when (connective preposition)—See Connective Prepositions (for a  description)

See Grammar Notes below for details about grammar terms.

When / While Followed by Other Complements

Also see While / When -ing | Prepositional Complements | Participial Adjectives -ed | Before, After & When

When / While – Other Expressions

Related activities with As, During, Throughout, Meanwhile

Other expressions for when and while

The background activity is expressed in the independent clause.

Complete the sentence with when and while. 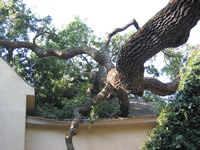 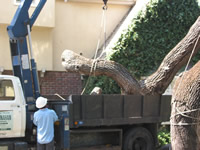 Psychologists have a growing concern with iPhone and other smart-phone dependence. People are interacting with their phones when they could be interacting with people.  Teens and adults are engaging in addictive behavior such as checking their phones when they are having face-to-face conversations.  Some teens are using words such as LOL, BRB while they are talking with friends. Some people report that they feel "naked" while they forget their phones or somehow become separated from the device.

Many cannot sleep while their phones are next to their beds.  A number of people report checking email in movie theaters when they are supposed to be engaged in the movie.  Other people have admitted to doing things on their phones while they were driving or operating heavy equipment. Unfortunately, a distracted driver is often unable to disengage fast enough when an accident is about to happen.  Is it a sign of the times, or just bad behavior?

addictive (Adj) — a habit that turns to a need

dependence (N) — the state of relying on or needing someone or something for aid, support

disengage (V) — free or release one's attention to something

engage (V) — occupy the attention of a person

psychologist (N) — doctors who study the mind and human behavior